BIG LOVE BLOG- Our story of love and family

Wow, where to begin! Saturday night....I am still recovering from it!!! What a mind blowing night for God! We had our first Event in Cape to help Heart For Africa....Long story short...One of my best buds came home from Africa last summer and felt God leading her to raise $100,000 to build a new orphanage in Swaziland for Heart For Africa. When she told me this, I thought, OKAY, this could take a while, but LET"S GET AFTER IT!
One small gathering around her kitchen table grew to a second meeting at a local business in town and soon more than 25 people were attending these brainstorming, event planning meetings. God had a plan for this small town America and what HE did is still almost too big to believe.
Celebrate Hope Cape became our fundraising event...God got ahold of hearts of business owners all over our town and soon we had thousands of dollars in sponsors. We rented the coolest place in town, God kept giving BIG, and so did the people of our town, and 4 months later Celebrate Hope Cape was a reality. It was our lives really for those four months...We lived and breathed this event and what God was doing in the hearts and minds in some cases of the most unsuspecting people...
We had originally really hoped to have 250 people attend....And Saturday night we had 558 people come together to make a difference for children 10,000 miles away!!!!
Praise the ULTIMATE BIG MAN!
We had the most unbelievable night...Most of it a blur to me really as it was so so oversold....But when the event was over, we not only met the initial goal...
GOD RAISED A TOTAL OF $120,000 for Heart For Africa!
God is CRAZY HUGE!!!!!
Just still cannot process what has happened. Janine Maxwell, the VP for Heart For Africa spoke at the event and she announced that the children's home will house infants to two year old children. These will be babies left in pit latrines, found on the side of the road, and left to be found in hospitals. These children will be raised with their own Swazi cultures and tradition, and will know God very early in life. It is phenomenal!
I will say it again...I LOVE THIS TOWN! God is doing crazy wild stuff here and I am hanging on for the ride.
Take in this huge gift God has given us and the chance to just be a part of it has been unreal!

Posted by Chantelle at 8:36 AM

This is amazing! I'm sure God is so pleased. I can only imagine those babies in their new home!!! Love it. Love seeing your influence and involvement in Africa on so many levels. :)

When God does something He sure does it in a big way! How inspiring that so many people came together to do such a wonderful thing and give so many little one's hope. Love it!

Room For One More

Our Non-profit to help with adoption 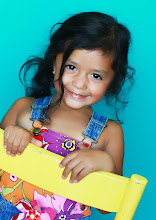 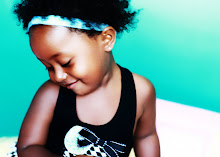 Chantelle
I created this blog when we were bringing home Bianca from Guatemala, we kept it going through our adoption journey from Ethiopia and now we are BIG TIME....PARTY OF 4!!! You just never know what God has planned just right around the corner. My life is full...I love being a wife, mom, friend, daughter, and activist for Africa and adoption. I love the challenges that come when you step out on faith and even more the un believable gift of adoption. It has forever changed my life. Can't wait to see what is next! Thanks for checking in with us! 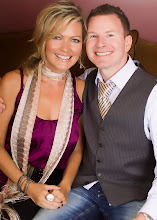 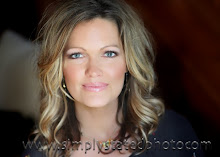 Our family and Bianca's foster family 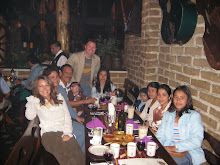 What a bunch of love in this group!

Love hangin' with my dad 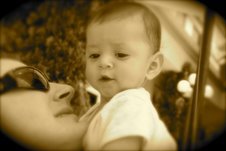 Is he a sucker for me or what? 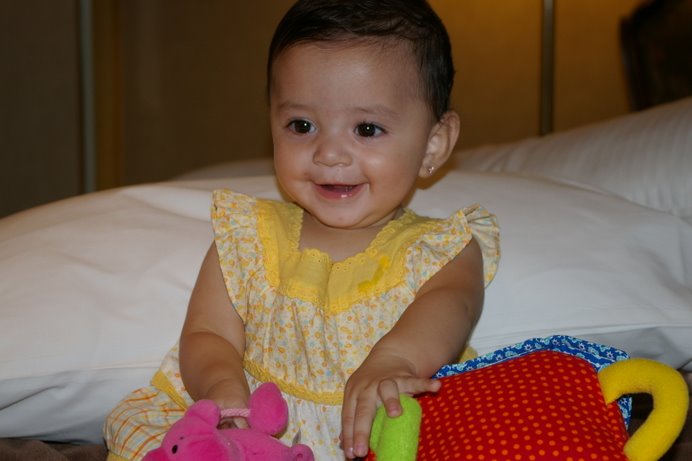 Auntie Candy got me this Cool shirt 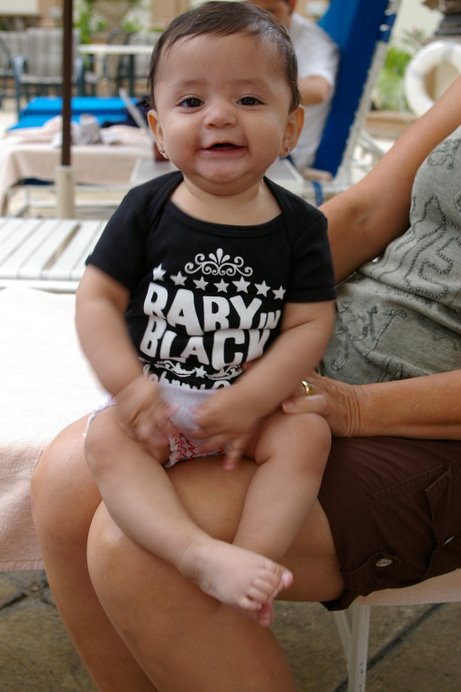 So who is this Johnny Cash guy????

Did I mention that I am hilarious? 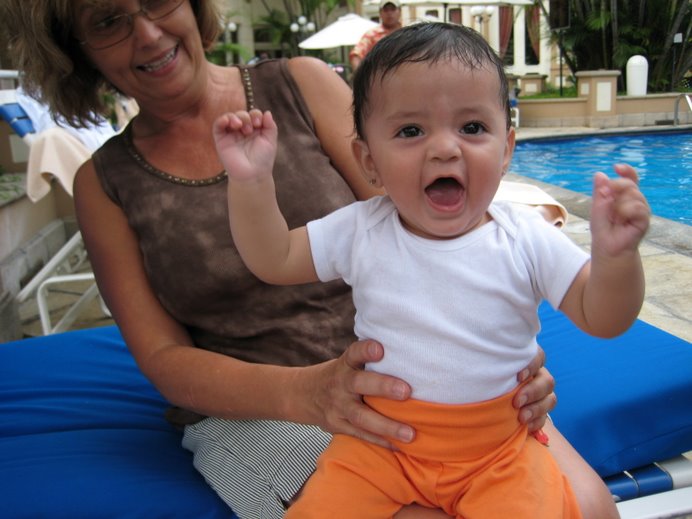 Hooray for cool outfits...My mom is really into this stuff... 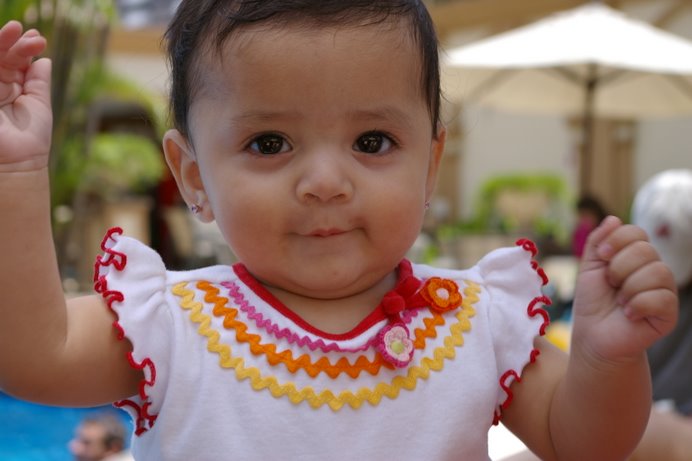 How innocent is this little face? 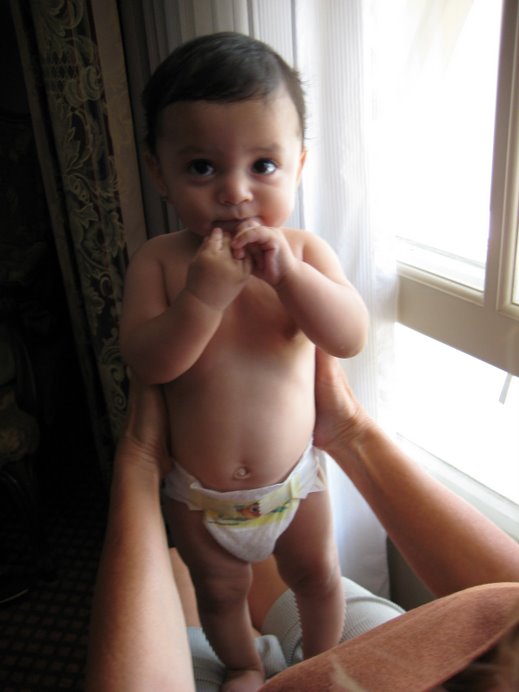 My first time in the pool 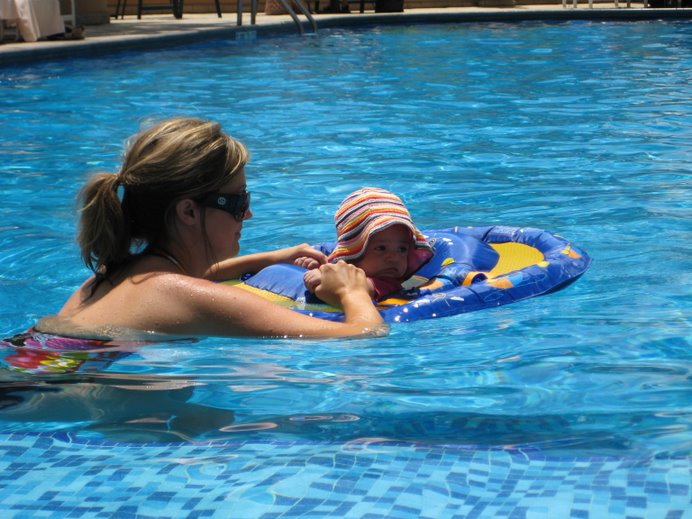 My first swim suit! Could my mom have picked a more conservative option here? 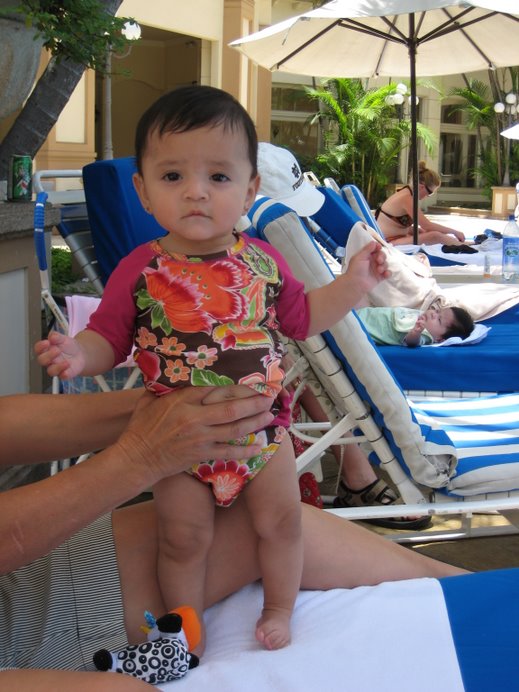 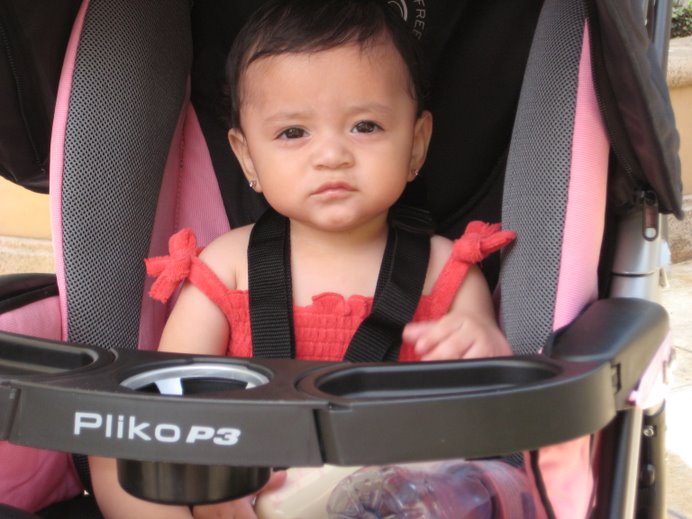 Check me out! I can crawl! Wahoo! 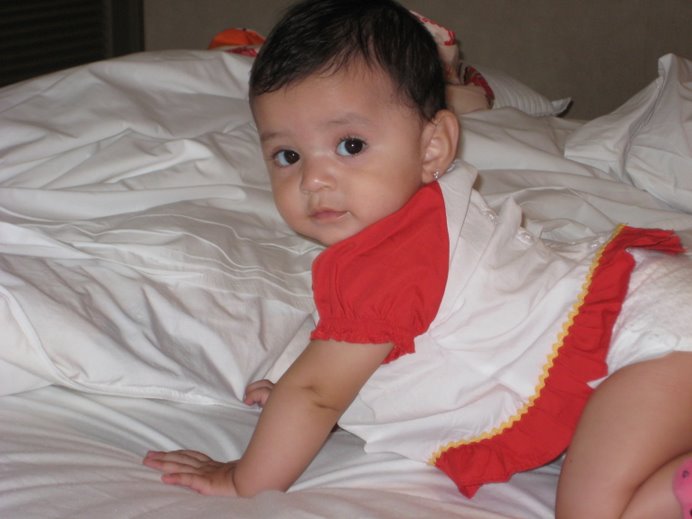 Mimi goes for ROUND #2 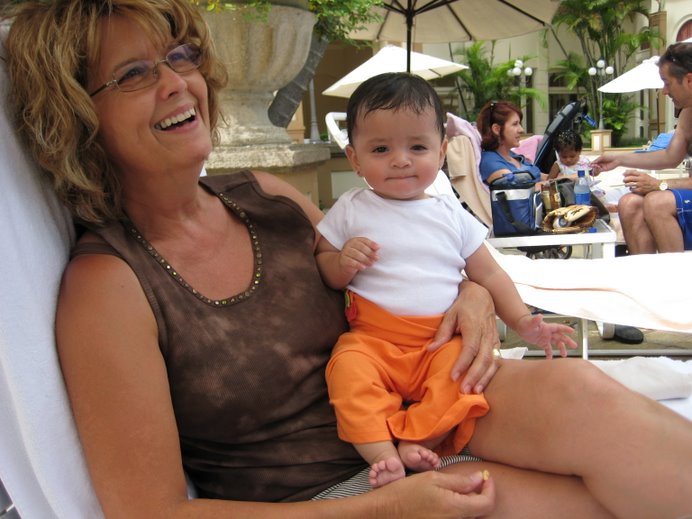 Bianca literally kept us laughing the whole trip. She is becoming quite the little entertainer! 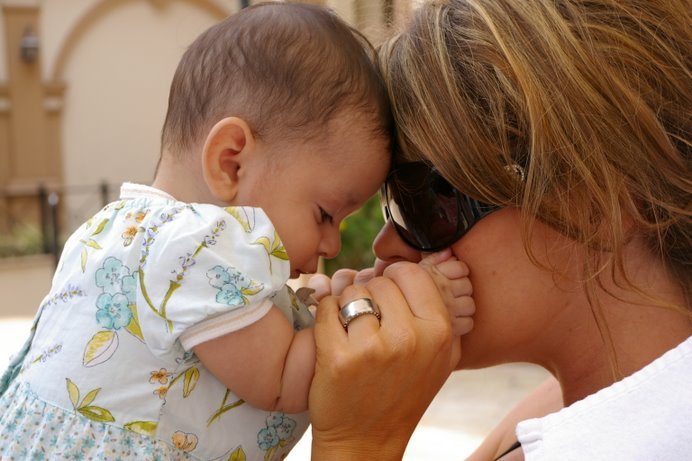 It is official...Momma is a total freak over this child...Obviously! 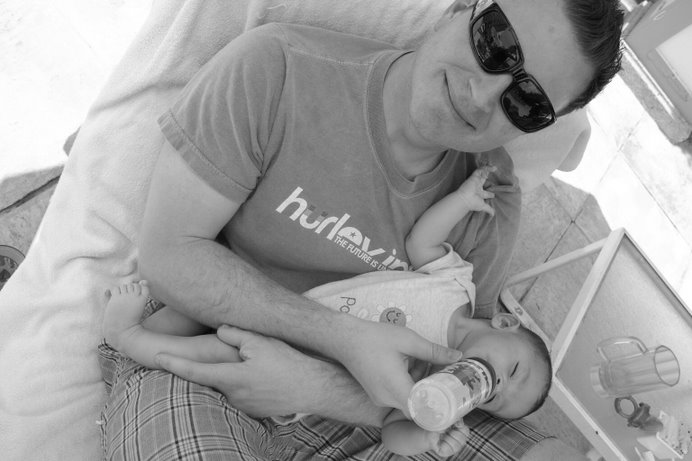 Nothing sweeter to see!

Chillin' at the pool with mom and dad. 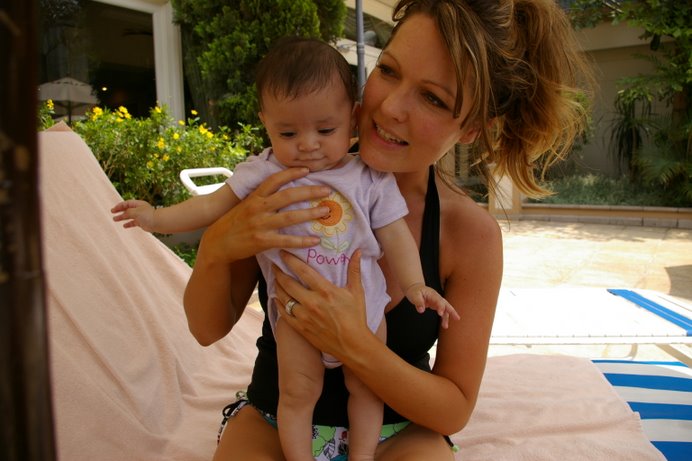 Yippee! Her hair is starting to make a come back! 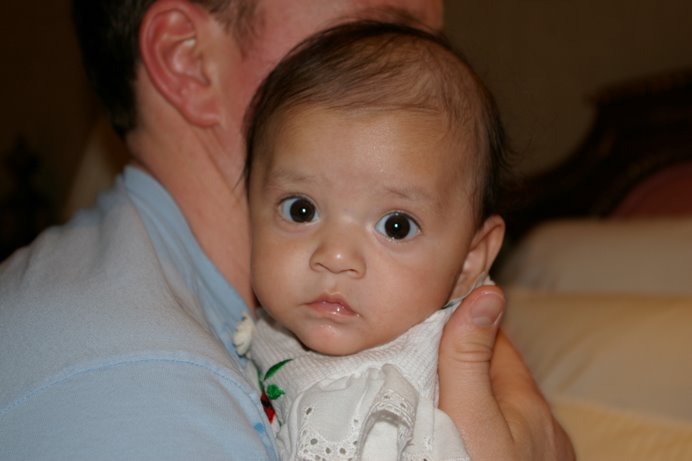 I am not sure who was more devastated! She seemed to handle it just fine however! 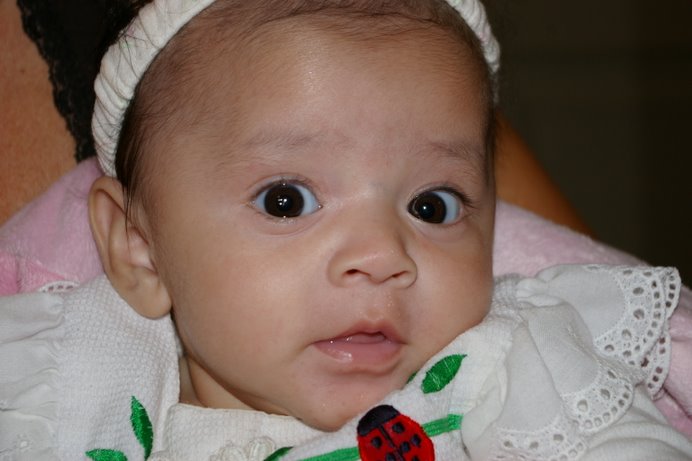 We were spoiled with 2 visits in 6 weeks. I know, what a lucky couple of fools we are!!!! 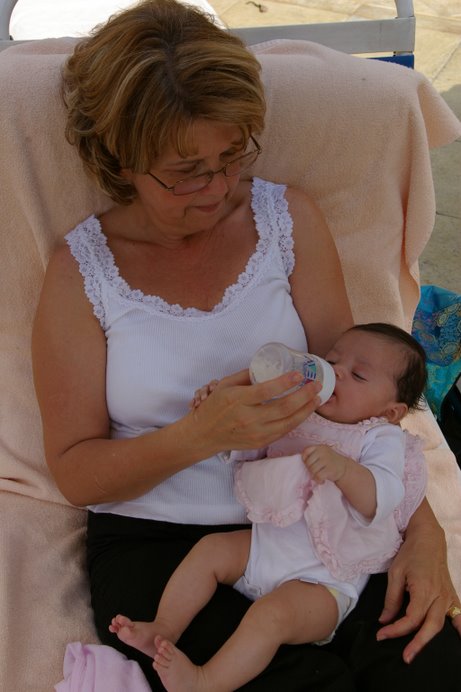 My Mom got on a plane for this child!!! This is huge! Seems like she kinda likes her too! Bianca seems to have no problems relaxing while with the grammies. 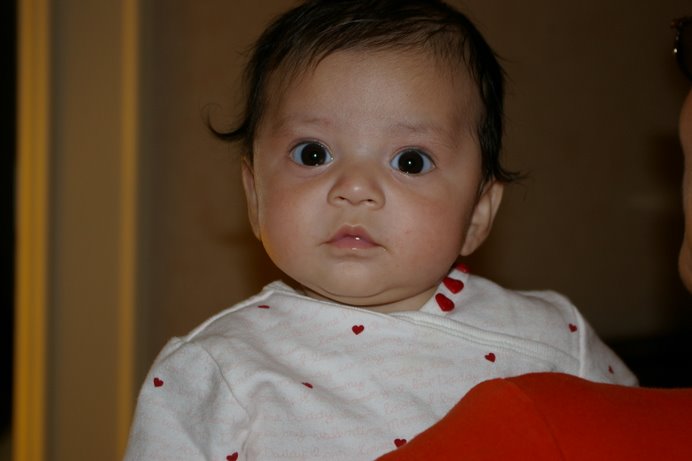 She has changed so much!!!! Could she be more adorable...and how much do we love all of that hair!

It was so fantastic to have the chance to be with Bianca on her first Christmas season ever! Wow, she was soo tiny then...I was afraid I would break her. Grammy B went with us and it was just a really cool experience. 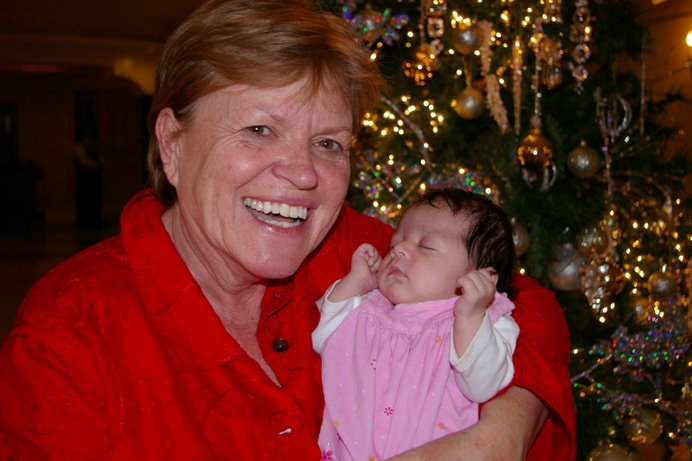 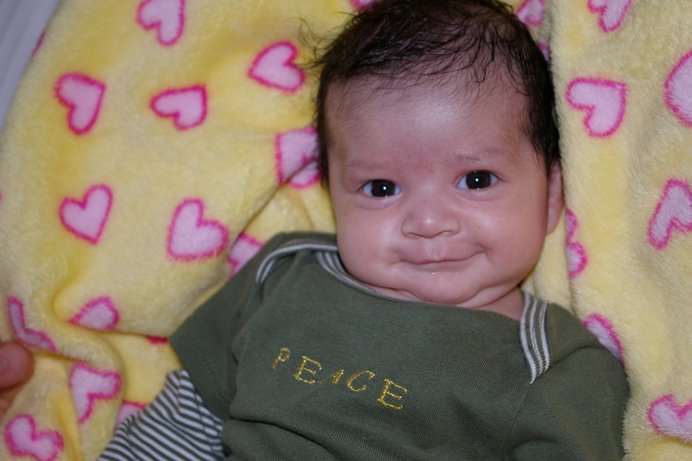 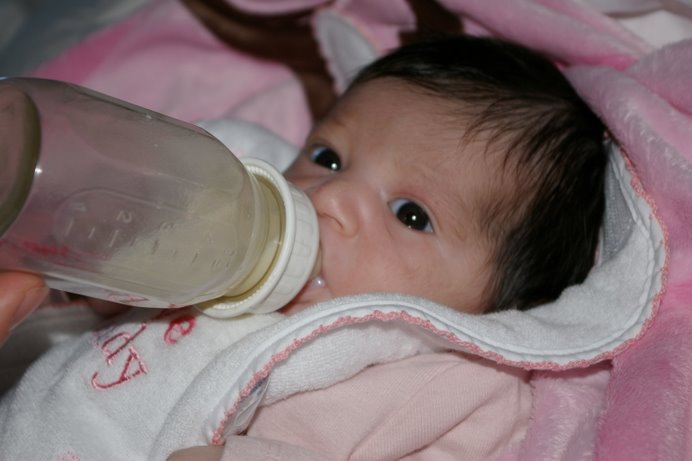